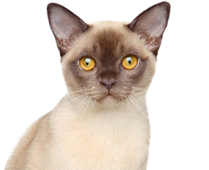 Many dogs don’t like having their claws clipped. They hate being restrained. The sound of the trimmer and the pressure on their claws are stimuli that made them uncomfortable. There are ways to make the situation less stressful for your dog, one being desensitization.

The basic idea behind desensitization is to bring an animal to get slowly accustomed to something it feared and to transform the experience into a positive one, without pushing its limits, thus causing fear. It’s a gradual process that may require several months of training and a lot of patience. Since your dog’s claws must still be clipped during that period, it is recommended to do it elsewhere than at home to avoid creating negative experiences and lose momentum. Desensitization sessions must be short and positive and never extend to the point where the animal will start being scared. The first step consists in teaching your pet to stay in a certain position without being restrained while you clip its claws. We suggest teaching the dog to lie on its side. To ensure the success of the clipping session, make sure you have a lot of treats handy! A good tip is to put a treat on your dog’s shoulder so it will turn the head and grab it. Then, you can simply push its shoulder while gradually increasing the level of difficulty until the dog lies down on its side to get its treat. Then you can say the word you wish to associate with this position and reward the dog with a treat as positive reinforcement.

Then it will be time to slowly accustom your dog to let you touch its paws. Start by the top of the legs and go around while feeding him as many treats as needed! It’s important to stop before your pet starts showing signs of fear and to always end the exercise on a positive note. Over time, you will be able to gradually touch the lower part of the leg to finally reach the paw, and separate the toenails. Once you’ve accomplished that, apply pressure on each toenail with your fingers. If your dog does not react negatively to this anymore, it’s time to use the trimmer. Make your dog sniff the trimmer and continue rewarding him with treats. Next step is for your dog to get accustomed to the trimmer’s sound – while you continue to reward him with treats. The final step is to clip each claw, one at a time.

The key to success with desensitization is to be patient and not go beyond your dog’s tolerance limits to avoid losing momentum. The process may take several months but on the long run, it makes paw clipping less stressful for you and your four-legged friend. It’s possible to adapt this method to other care, such as ear cleaning or teeth brushing!

Care
Is my pet suffering event if she does not complain?
Care
A daycare centre for kittens? Why not?
Care
Eating out of boredom
Care
Your dog gets scared when it's time to clip its claws ? No need to panic!